I am a freelance recruiter working on B2C Qualitative projects. I have also done a few very large Quantitative project (detailed below), I recruit on projects needing many different non-British nationals.

As my database grows, so does the number of cities I recruit in through new projects I work on around the UK. If you have a muli-city project, I have successfully completed a number of these.

Having  been an ICG member for over 12 months, I have been fortunate enough to recruit for a number of different ICG members, some of which I work with on an ongoing basis. I am happy to provide references.

I have a large British database that started as a London database, but has grown into a UK database due to the number of UK wide projects as well as expansion into new cities through new projects I have worked on (specific cities detailed below). I also Specialising in non-British nationals recruitment, this has come from my previous recruitment for various market research projects, word of mouth as well as my general contacts built over time.

I have also completed recruits on a number of  quantitative projects (ranging form 200-500 recruits). My most recent project was a 500 person recruit for a product test recruiting USA, Canadian, Russian, Indian, Chinese and German nationals). I have completed a number of large scale recruitment projects including a 360 total product test relating to a nasal spray,  retail project for over 250 participants (British Males). Also I recruited  for over 100 individuals for a fashion project recruiting Spanish, Greek and Italians all within the past 12 months.

I generally work on 1-2 week recruitment periods but can work on very short time constraints if necessary (depending on specific requirements). I have successfully recruited on projects with a 3-4 day deadline on a number of occassions, I love a challenge but am also realistic with what can be achieved in a short timeframe.

– I specialise in Non British nationalities recruitment but I have a large British database too. I often recruit for a mixed nationality project of British and Non.

– I also have a large international student panel should you ever need recruitment assistance for these projects.

– Through many recruitment projects including UK wide online projects and a number of multi-city projects, my database has grown from a London only to a UK wide project.

– I have started taking on projects outside of the UK – and can potentially help with recruitment here as well.

Below is more specific list of cities in the UK and a non-British nationality list I can help recruit for your projects. I also have built databases in some overseas markets should you run projects abroad.

I have worked on a number of recruitment projects in the above mentioned cities/towns and have every confidence of recruiting to targets in those places.

If you have projects that are not on the above list, I may still be able to assist depending on the project criteria and number of participants needed.

Which nationalities can I help recruit within the UK?

Also Non British Nationalities I can recruit for(Largely in London or Edinburgh/Glasgow. Leeds/Manchester/Birmingham I can also help for non British recruitment): 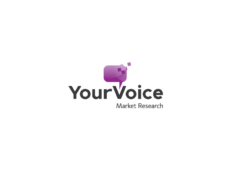