We specialise in 2 main areas of Market Research:

Firstly, the set-up and management of Online Surveys. Our main tool is Decipher (from FocusVision) for fast, powerful and reliable surveys. The Decipher platform is continually being updated – for the latest demonstration of what it can do, please see: https://tradeshow.focusvision.com/decipher. This shows clear examples of the different types of questions that can currently be incorporated into online surveys, along with some examples of custom-built questions. There is also an example of a Dashboard, which can be used to display simple results in a clear format – which is constantly updated during fieldwork.

Secondly, Data Analysis. We can process data from all types of platforms, including Triple-S, SPSS and Excel, and create the resulting tabular analysis as required – typically in PDF or Excel formats. We can also export clean data to other packages such as SPSS and Snap.

His MR career started in the Data Processing department of BMRB, a London-based full-service MR Agency. This included the start-up of a new team, to initiate one of the first countrywide CAPI (Computer Aided Personal Interviewing) projects, which was a great challenge at the time.

After a year out on a round-the-world trip, which included a small stint at a MR firm in Australia, he helped in the set-up and growth of SwissPeaks, an independent MR Consultancy firm. In addition to his role as Finance Director, he progressed with his skills in Data Analysis and specialised in the collection of data via Online Surveys.

After 16 successful years he finally decided to leave and set-up Lemur, in order to concentrate on these 2 aspects.
Matt has a great work ethic combining his analytical skills with attention to detail, and in his spare time enjoys his role in the local Tennis Club. 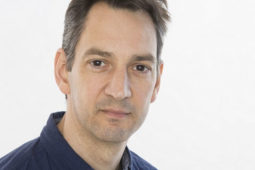