Patricia has had a twenty-year fascination with applying new technology to qualitative research, ever since she conducted one of the first ever online focus groups in the US for Sony. More recently she developed and sold a novel online research tool to TNS, the world’s largest research company.

She is particularly interested in qualitative online/mobile communities. She has used them on a wide range of projects, for example: tracking when and why people drink cider, how students pick their accommodation and flatmates, understanding consumer reactions to new convenience store formats, and so on.

Patricia was born in Argentina, her father was a diplomat, and she lived in than a dozen places/countries growing up, though she was sent back to the UK to complete her secondary and tertiary education (Business Studies at Aston University).

Her early career was in media. She started by selling display space for the Daily Express but soon was lured to the agency side where she trained as a media planner. Still in her twenties Patricia was promoted to Media Planning Director at Lowe Howard-Spink advertising and later a place on the Lowe’s board London She took the opportunity to work in Lowe’s New York office where she worked for 6 years. In New York Patricia effectively pioneered a new discipline, Media Account Planning, where she applied the more qualitative media planning disciplines form the UK to the notoriously data driven US market.

It was while in New York that Patricia began to do her own research and move into a purer strategy role through successful new business wins for Sony, Sun Microsystems and Citibank. On the latter pitch Patricia did her first online groups, among the first ever done, and began her long love affair with the application of information technology to strategy and research.

After 6 years in the US Patricia and her family decided to move back to Europe, the Celtic Tiger was in full swing, so Dublin was next. Patricia moved back to the UK in the mid-noughties to continue the growth and development of her business. 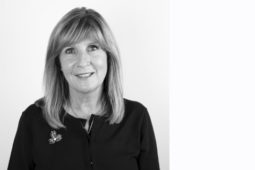