I specialise in the technology to automate and present survey data. This is usually quantitative, although online interactive reports are completely customisable and could be used to present qualitative results, concepts and ideas just as easily. My report automation and data visualisation offer is applicable across all industry sectors. My project management experience is mainly in brand and advertising tracking, and media research.

I started in market research in 1995 at RSL which became known as RSL-Ipsos. I spent four years in advertising and media research, working mainly on large-scale international projects including industry standard media research projects such as the European and Asian Business Readership Surveys, the latter involving a three-month secondment to Hong Kong for client and supplier liaison.

From 1999 to 2001 I spent some time working of Hilton International looking at the quality of their guest data, before entering the world of market research again with Research in Focus – which quickly became known as Ipsos-Focus, bringing me back into the Ipsos family! Here I specialised in brand and advertising tracking, in particular the challenges of running large international projects efficiently and accurately while allowing time for finding and presenting insights. I also worked on a variety of projects including qual-quant and marketing/management consultancy work. Sectors included alcoholic drinks, hotels, business services and retail.

In 2004 I transferred to the advertising tracking side of Ipsos-ASI, this time to use my project management skills to bring more efficiencies to this rapidly-growing department. As well as assuming directorial responsibility for a new project management team, I was introduced to E-tabs and their flagship Enterprise report automation product. I learned how to use it to better understand how we should be deploying it as a department, and loved it. That was how I ended up going into a much more techie role, eventually transferring into the Data Delivery department at what is now Ipsos-MORI, where I stayed until becoming self-employed in 2013.

In recent times I have used other automation packages, SPSS syntax, and Visual Basic (VBA) in both Excel and PowerPoint to develop reporting and data visualisation solutions, which have included working from raw respondent-level data right through to finished reports, and everything in between. 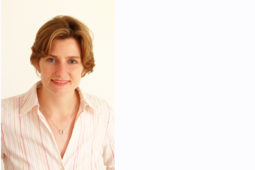