I work on UK, Irish and International qualitative research projects and speak Spanish, French and Portuguese, hence also providing a translation service.  I moderate focus groups, set up and moderate online communities, moderate depths and ethnographic interviews as well as conducting observations, intercepts and desk research.  I am an NLP Master, Psychotherapist and Imago Relationship Therapist and Workshop Presenter.

I have managed many qualitative research projects from brief to debrief and as qualitative only or qual/quant integrated studies.  I am an enthusiastic moderator of online communities and focus groups and can design and set up communities that are branded for your organisation. I work with quant specialists and also with app design specialists to research and create apps for your organisation.

I am a firm believer in creating healthy relationships within organisations in order to create strong employee loyalty and morale.  Hence I run internal groups on employee morale and am experienced in sensitive interviewing techniques.  In addition, I am interested in Storytelling both via presentation and written methods and can help kickstart a storytelling initiative in yours or your client's business, whether to bring the company onto the same page, or to help employees to talk about your brand in an enticing way.

I began my research career at CRAM International in Covent Garden where I conducted extensive analysis on a wide number of projects for a varying client base including Texaco, Venture Studios, Castrol, Kraft, The Laughing Cow and Unilever.  I then moved to Kolbeco Research where I conducted focus groups, accompanied shops and depth interviews and gained much experience in Shopper work and Haircare.

I then spent nearly 5 years at TNS RI where I worked first across Consumer and Technical/Specialist divisions and then focused on Consumer.  In addition to my client work, during my time at TNS RI I co-ran the Storytelling initiative and also led a project to research international relations across TNS Qual teams around the world, as well as internal research on employee morale in the Quantitative team.

QualiProjects came into existence in March 2012 when I needed to free up some time in order to complete my Psychotherapy 4 year diploma with client hours and clinical work.  Since then, I have worked with other agencies and with direct clients on brands such as Unilever, Diageo, P&G, MANE Flavours, Kerry Foods, Busy Bees Nurseries, Smooth and Real Radio, Kinectic, Twitter, the Irish Road Safety Authority and Keep Britain Tidy to name a few.  My projects have taken me from from Uganda to Brazil and from Ireland to Russia.  I have run online communities in different languages with respondents from countries such as the UK, Spain, Brazil, Colombia, Korea, Australia, Ireland and the USA. 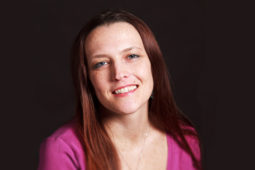