Support for all stages of primary research including client-side project management and agency selection. Offering research design, analysis and reporting.

Jon cut his market research teeth working at technology market innovator Romtec in Maidenhead where he ended up running the custom research division.

The big city (well, Richmond) beckoned and he moved to The Harris Research Centre, then well known for opinion polling and ad-hoc research.

Next he joined Ipsos to set up a division specialising in tech and telecoms research for European clients.  After a period of years, competitor GfK’s ambitions proved to be even bigger. Jon joined as Divisional Director to become part of what became the leading centre in Europe for tech and telecoms primary research.

However, after more than ten years of large scale international agency work, getting back to a hands-on approach to client service was a much needed refresher! Jon co-founded qual and quant boutique Volante in 2010 and since 2012 he has worked independently as JWI in client-side and agency assignments.  Based in London, he has clients in management consulting, telecoms and internet services. 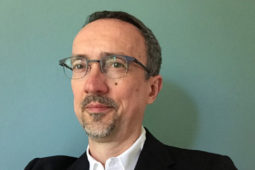