True Insights - For the love of good research

An industry recognised qualitative researcher with multi-sector experience including charities.

True Insights For the love of good research MRS Company Partner We have expertise in a wide range of traditional and online methodologies including: And also We enjoy providing support to research agencies and our own end-clients Sectors include: We enjoy working on these types of projects: An office in Surrey and in the north of England.  Research can be conducted across the UK and overseas. A Market Research Society Company Partner and member of the AQR

Multi-sector experience conducting qualitative research for a range of research agency clients and multi-sector end clients including charities, not for profit, government, FMCG, Ad & media, retail, financial, and automotive. We particularly like working on projects that have a positive social impact and have particularly close links with the charities sector and Kathryn recently spoke at the Institute of Fundraising and published material Remember A Charity conference. Specialist experience includes researching sensitive subjects with children, teens and young adults, elderly people, and minority groups including BAME, LGBT, disabled people and people affected by cancer and people living with cancer

Before setting up my own consultancy I worked for large research agencies Kantar and GfK and a couple of smaller companies.  I've also freelanced successfully for 12 years. I've gained a wide range of experience across multiple sectors including charities, not-for-profit, government, FMCG, Ad & media, retail, financial, and automotive. PUBLISHED PAPERS, & CONFERENCES 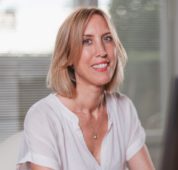