Groups can be run in any venue:

or anywhere else as required by clients

undertaken projects on behalf of:

As one client says (see below) we display a “cool, calm, collected and very professional manner.”

I was originally a librarian. After completing my degree in Leeds in 1972 I worked for Nottinghamshire County Council and then the London Borough of Barnet, both in the public library sector, then back to Nottingham this time working in school libraries; during this time I had my children.

I started recruiting groups in November 1984, after attending a training day in Nottingham run by QRS. At this session I was approached by a woman who said she lived near me and could she have a lift home; this was Marilyn Beaumont. Neither of us can remember exactly what happened next but one of us was offered a project by QRS on writing paper and the other on tea, and we somehow decided to work together and we continued to do so for 32 years, until her retirement in late 2016.

In 1986 I left the school library service and set up my own business, Perfect Parfait, making upmarket ice cream (made with cream, eggs, sugar and alcohol) and selling it to local hotels and shops. I was steadily building a business but that came to an end with Edwina Currie’s pronouncement on salmonella in eggs.

I then concentrated on group recruitment, until in 1998 the time came for the kids to go to University and I thought I’d better have a very regular source of income as well to defray their not inconsiderable costs. For three years I was Clerk to the Corporation at a local FE college where I ensured that we complied with all governance rules. I then went to Arthritis Care where I was an Information Services Manager and ran a team of volunteers. During all this time I was still recruiting groups, working for The Chartered Institute of Personnel and Development and also running The Stephen Sondheim Society – I was appointed Administrator of the Society in 1997. I was also a book indexer and indexed a series of books on world religion

In January 2006 I decided that as the children were through the education process I would give up the day job and concentrate on self-employment and recruitment. My idea was to spend some time marketing us in order to build up the work, but I never had the time as it suddenly became very busy. Since then Considered Response has grown exponentially and I hope to continue that trend.

In 2007 I undertook the two day AQR moderation course and in February 2012 I completed the five day course. I have undertaken moderation on behalf of Boots, Kimberley Clark, Asda and Sainsbury’s.

On a personal level, apart from being an apostrophe and spelling pedant, much to the mortification of my family, my interests are in the musical theatre, particularly in the work of Stephen Sondheim and I have been privileged to work on his behalf for over 10 years. So far I have seen the film of Sweeney Todd three times, the first at a private screening with Steve and various other guests including Paul McCartney and the second time at the premiere, which was an amazing experience. It doesn’t get much better than that! I also attended the premiere of Into The Woods and met james Corden.

At a group being held at my own home once there was a bit of a problem: the moderators were stuck on the M1 for several hours and I was left with groups of people (recruited from lists) to entertain. I dealt with the crisis by finding the money for incentives and then moderating the group. I received the following from the client, Susan Riley of Sense Consultants: “I wanted to say many, many thanks for yesterday and your cool, calm, collected and very professional manner.”

In 2020 I undertook the MRS/AQR Recruiter Accreditation and passed, gaining a Distinction 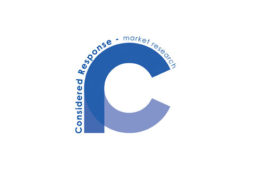 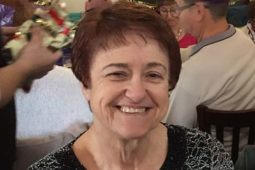