Key speciality is understanding customers at a deep, subconscious level, combining experience from using the ZMET technique with behavioural economics theory. By arrangement with Olson Zaltman and BDRC I am licensed to conduct ZMET studies in the UK.

Early career in research was as a part time freelance B2B interviewer in the late 90s, conducting literally hundreds of F2F interviews. A bit of a drudge at the time, but has later proved invaluable experience. I joined BDRC in 2001 and stayed there for three years, leaving as an RM in 2004 to go and live in Bogota, Colombia. From there I was able to work as a freelance resource both for BDRC and other agencies. I returned to the UK in 2007 and BDRC invited me back as an AD. I then progressed with the agency, developing several very large accounts and focussing on building qualitative capabilities across the company. I was invited to join the Board of BDRC in December 2013. In 2017 I decided it was time for a change of direction and a refocus on my passion, which is finding and developing ways of really understanding how people think and what this means for organisations. 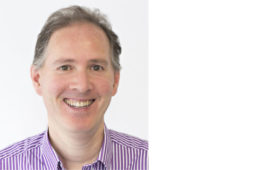