ICG In Conversation With Dominic Proctor and Eric Salama

This event is gener0usly sponsored by Web Creator Suite

We are thrilled to present our first ‘In Conversation With’ online session with Dominic Proctor, ex-President of Group M, and Eric Salama, ex-CEO of Kantar, about some broad business and research topics relevant to our Covid-19 world.

We invite you to send in your questions beforehand and we’ll endeavour to cover as many of these as possible.

Join us for what promises to be an inspiring, thought-provoking, and interesting session.

REGISTER FOR THIS UNIQUE EVENT HERE 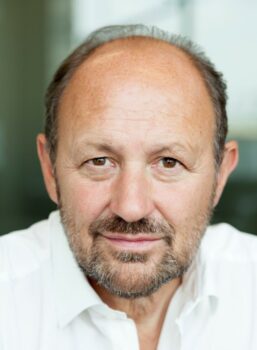 Dominic spent his whole professional career in the advertising and media business , the last 30 years of which he spent running various agencies and groups within WPP.

He retired from WPP in 2017 and has spent the last 4 years consulting to  emerging businesses and helping local companies and sport .

He had several leadership roles at WPP including CEO of JWT UK , founder and CEO of Mindshare Worldwide and President of GroupM , the word’s biggest media investment group with 30% market share, £100bn billing and over 30,000 staff in 100 countries.

He is chairman of 2 national charities as well as being a trustee of Tommy’s, a charity he helped launch 28 years ago.

Since 2016 he has been the senior independent director on the board of the RFU and has chaired various board committees.

He lives in Wimbledon near his 4 children and growing list of grandchildren.

Eric is a global business leader with a track record of transformation.

He is currently the Chairman of Comic Relief, a Senior Fellow at Harvard’s Kennedy School and a director of Morning Consult.

He has recently stepped down as CEO of Kantar, one of the world’s leading research, insight, data and consulting companies after leading its carve out from WPP and a sale of a majority stake to Bain Capital.  During his 18 years as CEO the business grew to over $4bn of revenue, 30k employees, operating in all markets around the world and working with major multinationals and local giants – clients and partners such as Google, Facebook,  Alibaba, Globo, BBC, Yilli, ITC, JBS, Coke, Unilever, Loreal, VW, Group M, Omnicom.

Prior to Kantar Eric served on the main board of WPP for almost a decade as the CEO of wpp.com and the Head of Strategy, working as part of the team which built it into the largest marketing services company in the world.

Eric has served as a Trustee of the British Museum, a Director of UK Government Department DFID and a Governor of Birkbeck College London.  He has presented extensively around the world in Government and Parliamentary forums, public conferences and client events.  He was both a Chairman and a juror at Cannes Lions Festivals of Advertising.

He worked for the Labour Party Front Bench Team on Foreign Affairs 1983-6, was appointed by Tony Blair to the UK Government Creative Industries Task Force in 1997 and served as an advisor to Gordon Brown in his roles as Chancellor of the Exchequer and Prime Minister from 2000 to 2010.

REGISTER FOR THIS UNIQUE EVENT HERE