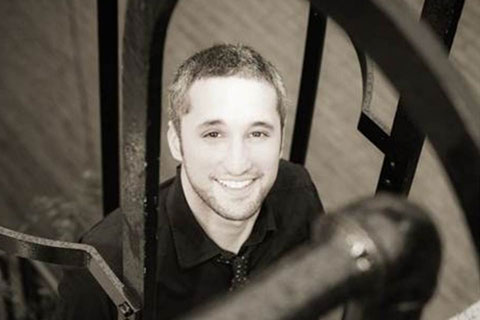 Following an Egroup conversation, Tom Woodnutt has put together a short article that looks at the issues, value and risks in using Facebook for recruitment for quant and qual (mostly online qual projects).  Is it dangerous, or simply a new tool in our recruitment arsenal?  Read more and make your own mind up…

Over the last year and half I’ve used both traditional approaches (i.e. field-recruiter based qual / online panels) and the Facebook approach.  So here are my views on the some of the criticisms raised in the email thread.

Obviously the 'right' answer on who to use is open to interpretation, personal preference and client mindset.  There’s no single right answer.

Overall, I think we should define how it’s being used before rejecting, considering or accepting it.  As with any tool, there are boundaries and good practice.  So to talk in general terms can be vague.  I’m basing these comments on my experience of Liveminds approach as I've not used anyone else for this.

In my view it’s not particularly invasive.  It’s just using a contemporary communication tool on people's terms, that they can opt into or out of as they see fit.  As long as it’s used responsibly within certain constraints.

Facebook is a legitimate advertising platform. People get the service for free and in return are exposed to promoted posts in their timeline. Even if people would rather not have those ads (as with TV) there is an implicit trade-off between accessing content for free and having to receive commercial communications to fund that privilege.  Most people can live with that reality.  If it really bothered them, they would leave Facebook (as some people do).

In Facebook it’s easy to ignore an ad or 'promoted post' by averting your eye from it, if it's not relevant to you (as we do hundreds of times each day).  To me, TV advertising is far more intrusive, as it’s more of an inconvenience to fast forward or change channel. Plus a recruitment ad in facebook is offering people a chance to earn money and share their view – often in something they're interested in talking about.  So there isn't that much to feel affronted by.  They can drop out at any point too.

Most Facebook recruitment projects I’ve done have targeted fans of the client (although you can target anyone).  Since fans have already shown a public commitment to them by liking their page, the likelihood that they will be upset by a promoted post inviting them to share their view is reduced further.  Response rates suggest people are often interested in this. To my knowledge there's never been a negative comment like 'get off my facebook' which you see on other brands' pages (and which they could in theory type on the ad if they were upset (as people do on other ads).

Also you can set limits (and in my view should set limits) on how often a person is exposed to a particular ad.

Is it unprofessional to do it?

If the tools are not used appropriately or if adequate checks are not in place then it could be. But if people are clear what they are opting into and it's done within appropriate guidelines then I think it's perfectly professional – as long as you get who you need for the project and treat them fairly.

Can it be trusted?

You are targeting people with ads inviting them to do research, based on their past actual behaviour (e.g. the fact they have liked a particular type of content or brand) rather than it being only based on claimed behaviour.  For example, I used it for a technology brand interested in people with a passion for design.  Rather than just asking 'are you into design' or whatever (which we also did), we were able to recruit people who had liked content and titles to do with design.  So there was a behavioural measure of interest that went beyond claimed.  The client liked this angle and the people were all on spec.

Once you have a list of potential people you can then screen them to the same level of scrutiny that you would do in a traditional project e.g. by calling them up and asking more questions.

The fact you avoid professional participants (something the industry is increasingly suffering from) – is another selling point.

Should clients be against it?

Many clients have invested millions in generating their facebook fans.  In my view they waste this investment quite often by under-spending on the creation of content in social and on customer service.  This technology allows you to get some returns on those relationships that have been invested in because it allows you to invite them to share their views (at less cost than if they weren’t fans).

Are Facebook fans who you want to speak to?

If the fans are not the sample you need then clearly recruiting fans is not the right approach.  However, you can use this method to target people who aren't fans but do meet the spec through more open ads.  However, it should be noted that this method is more effective when you can use the brand in the ad to recruit.  If you need to keep the brand name anonymous then it can be too expensive (as response rates are lower).

If you want people who are not on Facebook then best not use it.  But don't under-estimate the numbers.  37 million of 46 million internet users in the UK use Facebook every month. Crossover = 80%

Research Now has 1 million of 46 million internet users.  Crossover = 2%. 10 million active users are over 50yrs old.  I've also had clients worried about using FB despite those stats, so I don't suggest the method to them.

Is it better than qualitative face to face recruitment?

A good recruit is a good recruit.  My trusted partners are both traditional and include the Facebook approach (I use both).  So I would not say one is better than the other.  For me it comes down to level of service/ added value/ relationship and of course cost.

I would assume Facebook is more efficient (given its global reach, targeting power etc.) but if you get a great service through traditional recruiters then there may be no reason to change.  Some clients really like the idea of a new approach and the promise of completely fresh participants.  That said, other clients are reassured by traditional approaches and are less keen.

Is it better than quantitative panel based recruitment?

The sell of it being 'real people' also appeals to clients quite often.  Are panellists who take multiple surveys really your average Joe / Joella?  That said, so far I’ve not done a survey beyond 15mins – so there is probably a survey length / engagement trade off somewhere. . .

So what do you think – is Facebook a recruitment pariah or simply another, contemporary, tool that we can use to access respondents?

Warming up participants in a Zoom discussion

Social Media Listening – What Are The Possibilities For Research? RECORDING

Other popular posts in Research Knowledge

Warming up participants in a Zoom discussion

Social Media Listening – What Are The Possibilities For Research? RECORDING